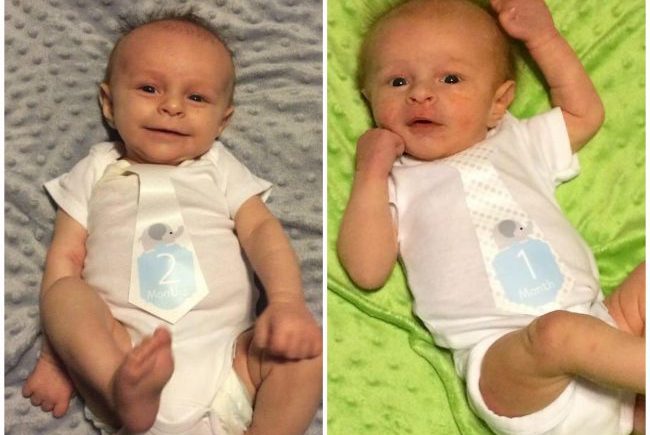 Call it a labor of love.

Mom-of-two Ashley Clifford recently shared a photo on Instagram that has gotten a lot of attention. The sweet snap shows Ashley’s 5-month-old daughter Ellie surrounded by bags and bags and bags of breast milk that the nursing mom plans to donate.

“When I found out I was pregnant with this baby, my DREAM was to not only be able to breastfeed her, but to be able to donate milk as well,” Ashley wrote, adding, “This picture represents many sleepless nights, especially from the first couple weeks, 295 ounces of extra milk, five blocked ducts, and a 17.5 lb healthy, growing baby girl.”

Seeing all of that breast milk, you might assume that Ashley had an easy time nursing – but that’s actually not the case. After her first baby, David, was born, she struggled just to produce enough to feed him.

“I had no idea what I was doing,” she tells BabyCenter, recalling those difficult early weeks of motherhood. “David latched well right from the start, however my supply was minuscule. We had weekly weight checks, and I started taking fenugreek supplements as well as pumping for 20+ minutes around the clock after nursing him. We tried that for about two weeks (he was about 3 weeks old now) and his pediatrician, also a lactation consultant, suggested we start supplementing with formula but to keep up with the nursing and pumping.” 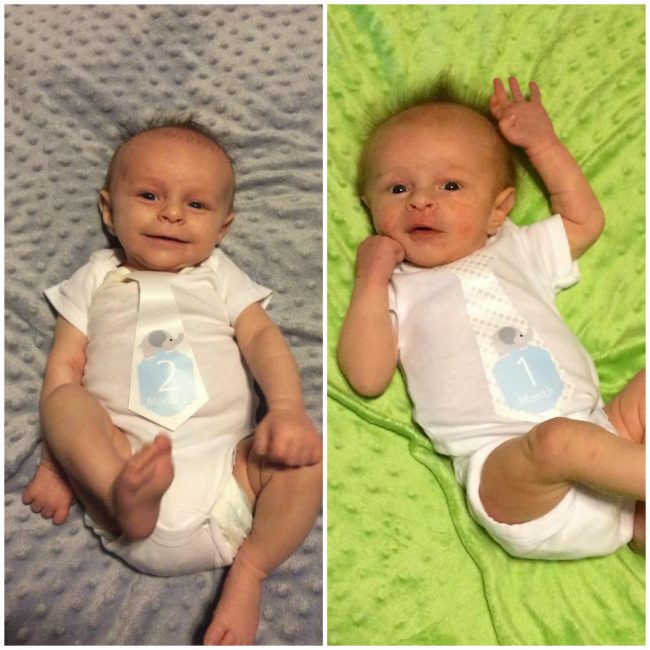 …Having struggled to nurse the first time around and then seeing first-hand the difference that formula made, Ashley is now a firm believer that “fed is best.”