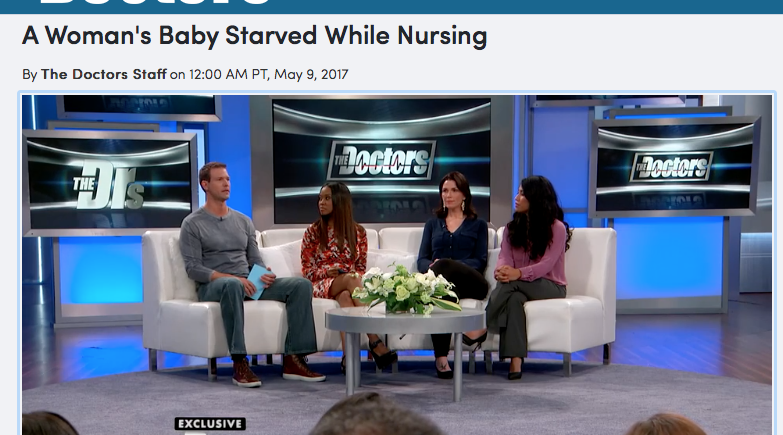 Just days after the birth of their first baby, Jared and Jillian were devastated by tragedy — a tragedy that Jillian says was completely preventable.

The couple spent the months of pregnancy preparing for baby Landon’s arrival. Jillian took breastfeeding classes because she had been told that “Formula is bad for the baby, and breastmilk is the best thing for them,” she says.

“I’ll never forget when they handed him to me!” Jillian continues. “I just couldn’t take my eyes off him.” Jillian nursed Landon throughout their hospital stay, and was told she was doing “a great job.” Once home, Landon was constantly at the breast, until Jillian began to suspect that something was wrong. Then when she went to pick up the baby, she found him completely limp and not breathing.

Please go to the TheDoctorsTV.com website to see the full write up of the segment.

Part 1 of the Doctors Show Interview

Part 2 of the Doctors Show Interview