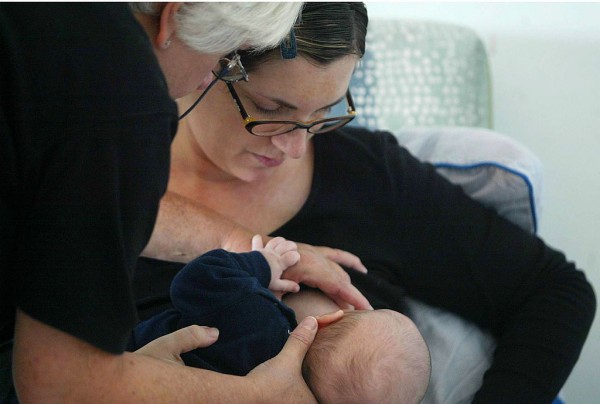 In the United State, the exclusive breastfeeding campaign has led to the growth and adoption of “baby-friendly” notion by hospitals, most of which now encourages breastfeeding as the norm. (Photo : Uriel Sinai/Getty Images)

In a recent emotional essay published by the Fed is Best Foundation – a parent-led non-profit foundation created to push back against the social pressure to exclusively breastfeed, Jillian Johnson,  Jillian Johnson, who lost her son five years ago after he became so dehydrated that his heart stopped writes about how she feel about exclusive breastfeeding. He spent 15 days on life support before dying.

In the essay, Johnson wrote that despite several consultations with lactation experts and nurses, there was no issue on whether her son was hungry, or that she was not producing enough breast milk to keep him nourished. Johnson revealed that after her son, Landon was born, she and her partner were discharged from the hospital two and a half days later. But after less than 12 hours at home, Landon continued to cry, scream and attempting to feed, he went into cardiac arrest.

However, Johnson was amazed to find out that when she had her second child, Stella did not scream and cry as much as Landon did. Nurses said there was nothing wrong with her, and that Stella was sleeping, breastfeeding and eating normally.

“It was then that I realized that it wasn’t normal for a newborn to cry as much as Landon did,” she wrote. “He was just crying out from his hunger. But I didn’t know. I should’ve known. I still struggle daily feeling as though I failed him.” With this, it is believed that Breastfeeding is not right for everyone.