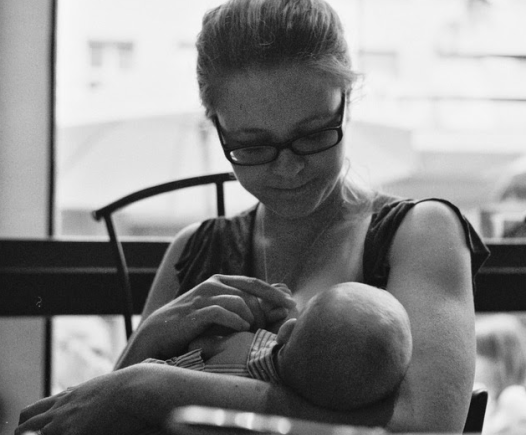 The Fed Is Best foundation, formed by physician Christie del Castillo-Hegyi and NICU nurse and lactation consultant Jody Segrave-Daly, on the other hand works to counteract too breastfeeding focused campaigns, and wants to support mothers whether they choose to breast- or bottle feed. In her personal letter to doctors and parents, del Castillo-Hegyi, who has worked in newborn brain injury research, highlights an issue I had not really stopped to consider before – that babies, whose mothers don’t produce enough milk sufficiently quickly after birth, are at risk from low blood sugar levels, or hypoglycemia. She also points out that 10-18 % of exclusively breastfed babies in the US are at risk for starvation induced jaundice. This lack of nutrition could give rise to grave consequences for the baby’s brain development if not addressed properly, but it can be addressed with very simple means: by supplying small amounts of donor milk or formula until the mother’s own milk is sufficient. Del Castillo-Hegyi writes:

In a study of 280 mother-baby dyads, 22% of motivated mothers intending to exclusively breastfeed who received close lactation support experienced delayed onset of copious milk production, or lactogenesis II, which put her child at 7-fold increased risk of excessive weight loss greater than 10%. This means more than 1 in 5 newborns are at risk of starvation-related complications if exclusively breastfed from birth. In another study, it has been found that 10% of well-monitored exclusively breastfed babies undergoing the Baby-Friendly Hospital Initiative protocol develop hypoglycemia of less the 40 mg/dL within the first 48 hours. This incidence was even higher in babies born to first-time mothers as 23% developed hypoglycemia.

This does not mean that breastfeeding would not have benefits – as summarised earlier, it does, although the benefits are much smaller than commonly thought for normal full-term babies in the developed world – but these observations do point out that an absolute focus on exclusive breastfeeding does not always take into consideration the best interests of the infant during the firsts days of life.

Meanwhile, absolute avoidance of formula is exactly what some lactation consults lecture: they imply that just one bottle of formula is harmful. Setting aside the lack of reliable evidence to support this position, it actually means that they are knowingly setting up between 22 – 44 % of mothers (those who experience late onset of milk production, studies here and here) to believe they have failed, and to think that they are now forced to ‘harm’ their child.

Journalist Kavin Senapathy does a great job interviewing doctor del Castillo-Hegyi from Fed is best. In her piece she brings up several studies whose results go counter to common beliefs about breastfeeding – like the one I referenced about supplementing, which found that small amounts of supplement in the early days can actually help mothers succeed with breastfeeding in the long term. Del Castillo-Hegyi also pointed to one which surprised me, as it questions wet diapers as a signal of sufficient feeding:

…a study in the Journal of Human Lactation on newborn wet diaper counts showed that even babies who developed abnormal weight loss of greater than 10% were still able to produce wet and soiled diapers. “Weighing the baby and the amount of milk transferred to the baby is the only objective measure of adequate feeding,” she says.