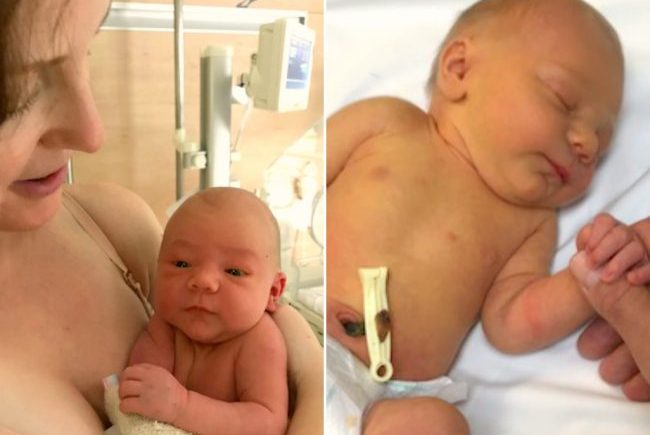 After 24 hours of bliss, we had a shocking second night. Our boy screamed until he became quiet in the morning. His rooting reflex was wild as he head butted my chest whenever I held him. He was unable to latch properly and still screamed after I tried to feed him.

As new parents, we were extremely distressed. His wet nappies dwindled, his skin looked like an oversized sock and his cry was more like a whine. We called the breastfeeding helpline, the maternal child health 24 hour number and the hospital ward we were discharged from. Apparently, this was typical cluster feeding behaviour.