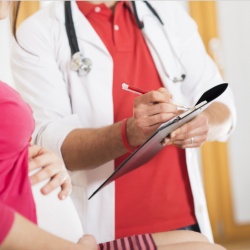 Recently, I wrote about the misguided, alarmist efforts of the self-proclaimed Global Breastfeeding Collective composed of the WHO and UNICEF (see here). As a result of every country in the world not meeting the “breastfeeding standards” they set forth, instead of partaking in some self-reflection as to why there might be flaws in their idealized metric, the group amplified its call for dramatic action on all economic, political, environmental and social fronts.

Among the Global Breastfeeding Collective’s messaging is championing breastfeeding in “exceptionally difficult circumstances” with “families suffering the consequences of complex emergencies” and being the solution to infant deaths. Entirely neglecting discussion of pathological conditions that can hamper the ability for a woman to breastfeed, as one example, they convey an inaccurate picture politicizing the reality and portray alternative modes of  nutrition as shortchanging your baby by predisposing him to disease and an inferior start to life. The language borders on the coercive and preys on the vulnerabilities and fears of parents, especially new ones.

This is irresponsible and disheartening. It contributes to feelings of failure and adds unnecessary anxiety and torment to what should be a joyous experience. Beyond that, when taken to extremes, doing so can imperil an infant and mother’s well-being. There is no dispute that breast milk is the gold standard for a baby, but formula can be good enough and is not evil. We are fortunate to live in a time where reasonable substitutes exist and can place an infant on a thriving trajectory.

In the United States, if we partially informed patients it would be egregious and considered negligent. Informed consent is vital to a functioning, therapeutic and successful doctor-patient relationship. It establishes trust and encourages patient autonomy while maintaining a synergy that supports the best interest of the patient. Depending on the case, there can be risks and benefits to breastfeeding. More often the benefits outweigh the risks which is a remarkable consideration about breastfeeding and why it is such a wonderful option. But, not always. And that too needs to be a part of the conversation.

Read more at American Council on Science and Health.