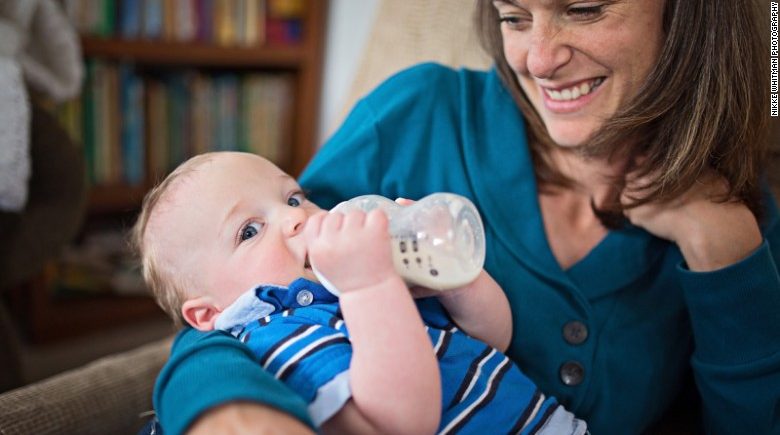 In addition to public education, Fed is Best is trying to prevent starvation-related complications through advocacy. These efforts are often met with resistance. In September, del Castillo-Hegyi and her team had a meeting with the World Health Organization to address some concerns about the way the current practices of breastfeeding promotion can inadvertently lead to starvation and dehydration.
“I said, ‘Does the WHO have any plans to inform moms of the risk of insufficient breast milk so she can identify starvation in her baby?’ And the answer was ‘No, our experts had not identified that as a problem.’ I was stunned into silence,” del Castillo-Hegyi said. “They told me that lactation consultants are trained to look for convulsions and lethargy. But [by the time those appear], it can already be too late.”
In 2016, pediatrician Joel L. Bass published a paper in JAMA Pediatrics about the increased risk of sudden unexpected postnatal collapse, a condition in which a healthy-seeming newborn stops breathing and often requires resuscitation, at Baby-Friendly hospitals.
The problem, he explains, is that the requirement for skin-to-skin contact between mother and child after birth and throughout the hospital stay can lead to unsafe conditions for the newborn. Postpartum moms are often exhausted and may not be in a good state to safely hold their children.
He has other concerns: The pressure to room-in can pose risks, as it increases the chance that a tired mom will attempt to feed her baby in bed and accidentally drop or suffocate the child. The ban on pacifiers is ill-conceived, considering that research shows they don’t decrease breastfeeding rates, but they do decrease the risk of sudden infant death syndrome.
Lastly, Bass questions the ban on formula, on account of the fact that there is no evidence that formula use early on leads to decreased breastfeeding rates. In fact, studies have found that early formula use boosts breastfeeding rates in the long run by giving new moms a chance to relax and allow their milk to come in.
“The Baby-Friendly model, while well-intentioned, just didn’t turn out the way they thought it would,” said Bass, who’s optimistic that change is afoot. “These things don’t happen quickly, but I think you can’t escape the increasing data.”
Read more at CNN.