My son was born at 8:33 am on a Saturday, delivered vaginally at 36 weeks and 3 days gestation. He weighed 6 pounds 3 ounces and was in the 51st percentile for his gestational age. He latched onto my breast within the first 15 minutes. It was painful for me, but my nurse said his latch was great and that he was eating well. I continued to put him to breast every 3 hours as I had been instructed. We were told that we could see a lactation consultant, but one never came to our room. I was not concerned since we were told he had a great latch and was feeding well.

On Sunday morning, we found out that he had lost weight and that he was suffering from jaundice and would need phototherapy. The medical staff told us that weight loss was normal and that his bilirubin levels were “borderline,” so the photo-therapy was just a preventative measure. Throughout the day he alternated between lethargy and crying. He only voided a few times, and his urine was very dark. His latch was still very painful, but I kept bringing him to the breast to nurse every 3 hours. He never seemed to calm down after nursing. 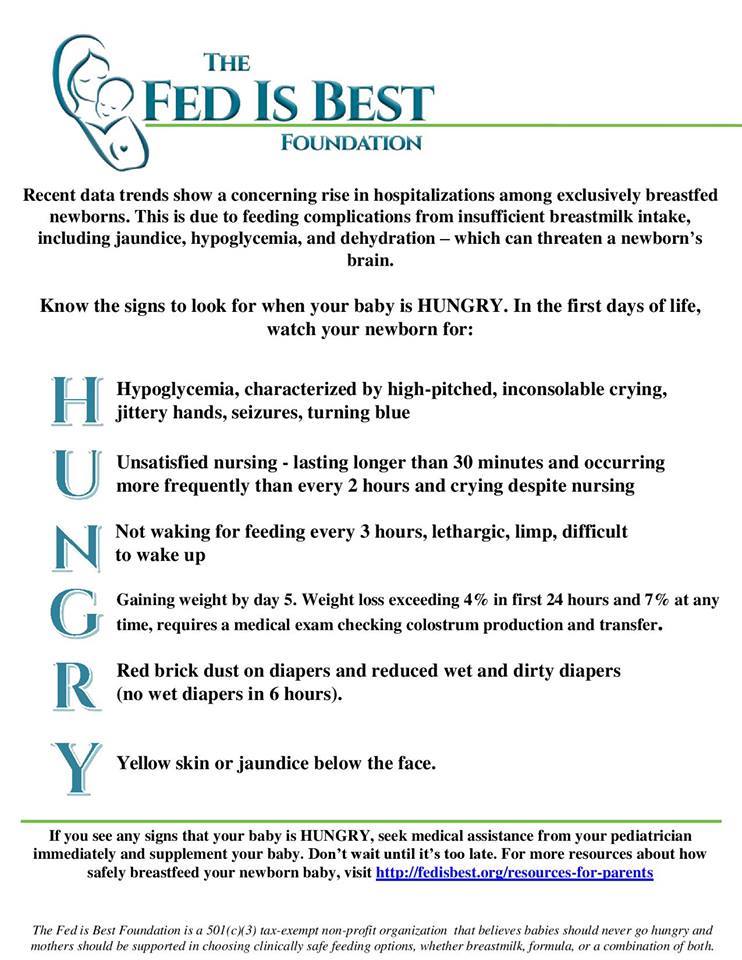 When he became inconsolable on Sunday night, known as the ‘Second-Night-Syndrome’ a nurse instructed us to continue trying to give him a pacifier and that he would settle eventually. He began screaming at my breast and refused to latch. There were no lactation consultants available at the hospital on Sundays. Another nurse brought in a Lansinoh latch assist, although my nipples were not flat or inverted. She instructed me to use the latch assist to draw out drops of colostrum, which I then swept out of the bulb with my finger and fed to my son. I did this for several hours. There were blood blisters on both of my nipples and I had not slept since Thursday night before. My son eventually fell asleep in the early hours of the morning.

When he was weighed around 8 am on Monday, he was 5lb 4oz. He had lost 15% of his body weight in 48 hours. Newborn weight loss calculator

Knowing when your newborn baby needs urgent evaluation and supplementation. 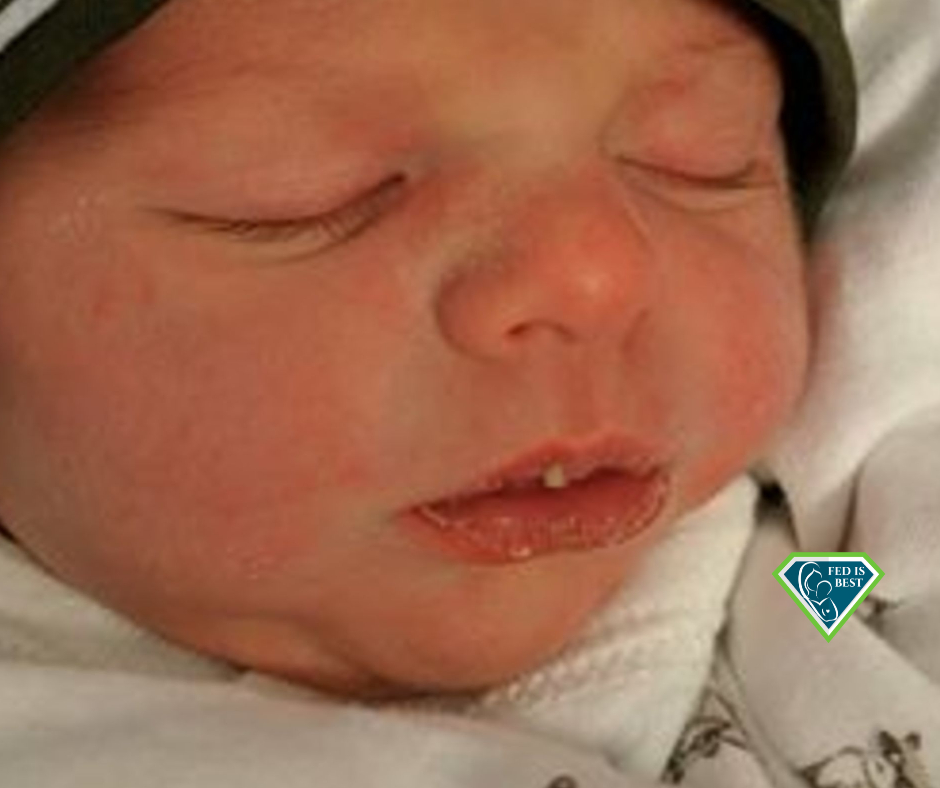 Severely dehydrated with a 15 percent weight loss from not enough colostrum!

We were told that we would be seen by a lactation consultant, and would possibly need to supplement with formula — it was the first mention of formula since his birth. Our nurse saw us later in the morning and again said that his latch was good, and encouraged us not to use a pacifier since that could cause nipple confusion. I asked if I could start pumping, and a pump was brought to my room several hours later. In my first several pumping sessions, I did not produce enough colostrum to flow from the flange into the collection container. The lactation consultant arrived at our room in the mid-afternoon, more than 56 hours after he was born. She brought an SNS and formula. He immediately drank 2 ounces of formula via the SNS. We used the SNS to supplement with formula at every following feed on Tuesday and into Wednesday.

My milk did not come in until Wednesday afternoon, over 96 hours after my son was born. He had been hospitalized for five days after delivery. I had no idea he was starving. My breastfeeding class did not include any information on delayed onset of lactation, starvation signals, or formula supplementation. I am a registered nurse and thought I had done enough research to breastfeed successfully, and that I would be doing what was healthiest for my son by exclusively breastfeeding.

I had MANY risk factors for delayed onset of lactation. I had a history of PCOS and infertility, as well as pregnancy-induced hypothyroidism. My labor was induced with Pitocin following premature rupture of membranes and lasted 20 hours. I lost a significant amount of blood during delivery due to a vaginal hematoma. My son was born prematurely at 36 weeks, 3 days. Yet no one mentioned milk production to me at all – not a single doctor or nurse questioned or investigated how much milk I was producing in the first 48 hours of my son’s life, although it was later clear that I was not producing any. No feeding plan was discussed. 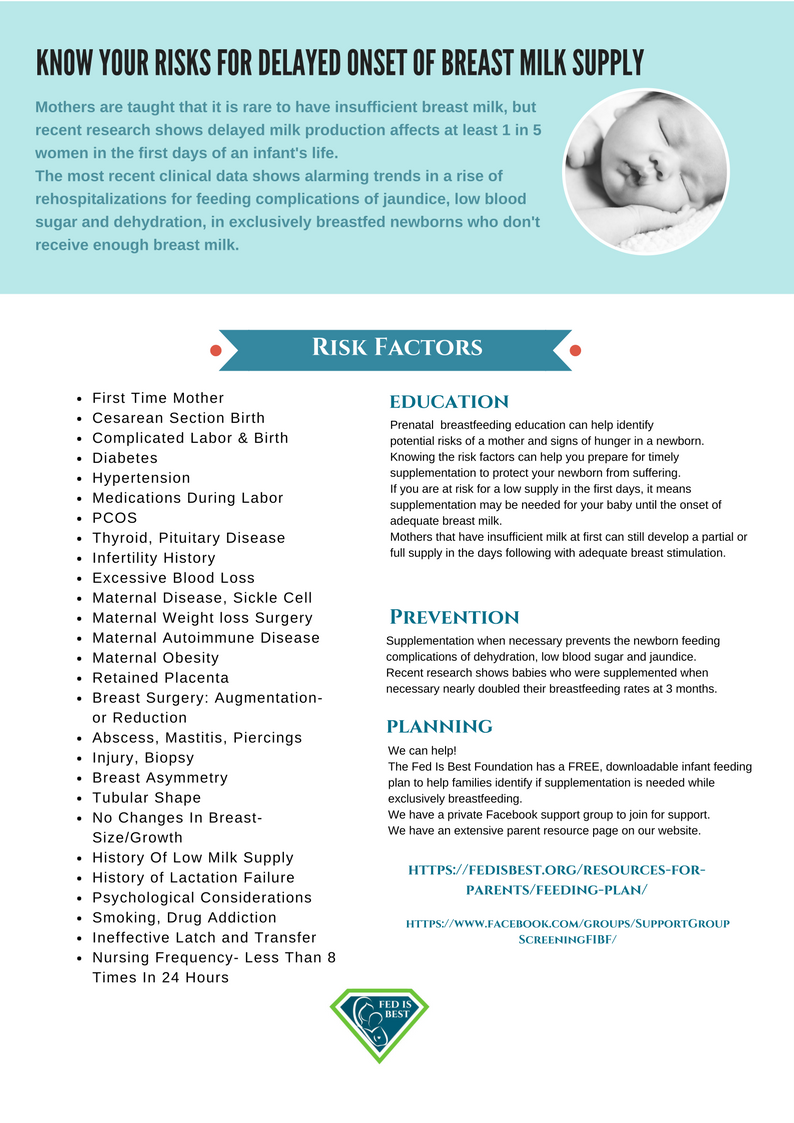 Unfortunately, our breastfeeding difficulties did not end when my milk came in. My son’s latch was very shallow and his tongue placement was problematic, causing compression, creasing, and blisters, no matter what position, hold, or technique we tried. My nipples were so damaged that I was experiencing vaso-spasms between every feed. My son was “cluster-feeding” for hours every night, and our pediatrician said that he needed to be at the breast every 2 hours around the clock when he wasn’t cluster feeding. He required weight checks every two days at a clinic 45 minutes away.

I was not doing great. I cried every time my son began to exhibit hunger cues. I gritted my teeth every time he latched and dreaded the next feed as soon as he unlatched. I felt trapped because I didn’t have any feeding plan other than exclusive breastfeeding, and my health care providers didn’t offer any help.

Even after spending over two hours with one lactation consultant, who saw firsthand the nipple damage that my son’s latch was causing, I couldn’t get any information on how I would go about pumping and bottle feeding, or supplementing with formula — she just urged me to keep trying.

I became overwhelmed and sank into deep depression and anxiety. I wanted so badly to breastfeed successfully, and I was trying. I was trying so hard. But breastfeeding was pushing me to the brink of a breakdown and ruining my relationship with my son. After doing a lot of soul-searching and a lot of internet research, I began exclusively pumping and bottle feeding. It worked better for us than direct nursing, but I still struggled — I worried constantly whether my supply would keep up with my son’s needs, and had alarms set to pump every two hours around the clock. When I slept through an alarm, I mentally beat myself up. I felt guilty that I was spending so much time pumping — missing out on time with my son, my husband, and many others in my life. I was afraid to supplement with any formula at all, convinced that it wouldn’t be as healthy for my son as receiving 100% breast milk. I didn’t want to be pumping — I wanted to be breastfeeding. I began to accept that exclusive pumping was also not sustainable for my mental or physical health.

Only after we began supplementing with formula at 8 weeks did the darkness begin to lift, and I began to enjoy being a mother. By 13 weeks, our son was fully formula fed, and I saw that he was thriving.

“Breast is best” failed me and it failed my son.  I am angry that he starved for three days, and angry that I spent the first 8 weeks of his life struggling to hang on to my sanity, all because I felt so ashamed of giving him a bottle of formula, and because my health care providers made it incredibly difficult for me to do so. I hope that sharing my struggles will help other families see that formula feeding can be the best option for them and that it need not involve any shame. I don’t want others to experience what we experienced. Fed is best! 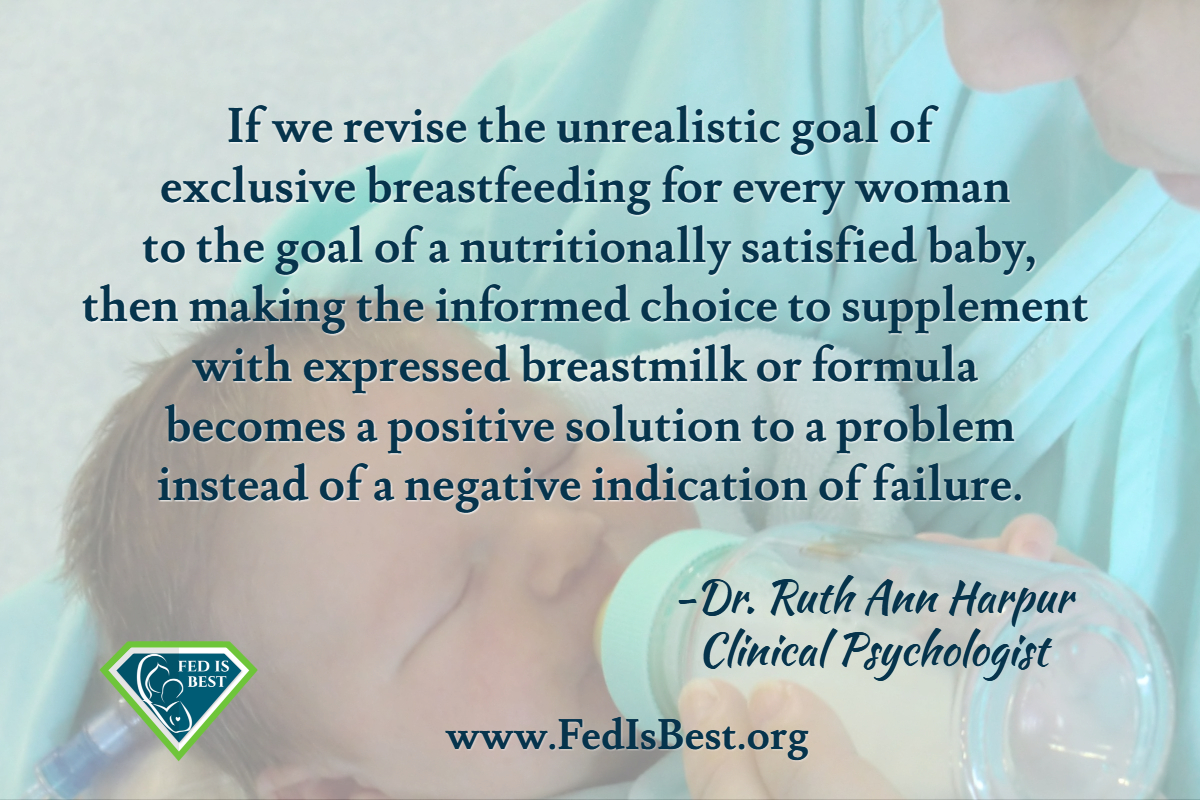 HOW YOU CAN SUPPORT FED IS BEST ?

We believe all babies deserve to be protected from hunger and thirst every single day of their life and we believe that education on Safe Infant Feeding should be free. If you would like to make a donation to support the Fed is Best Foundation’s mission to teach every parent Safe Infant Feeding, please consider making a one-time or recurring donation to our organization.

Thank you so much from the Founders of the Fed is Best Foundation!