So, does HAMLET really kill cancer? We can look at a 2007 paper that examined HAMLET activity in patients with bladder cancer  [3]. In this study, 9 male patients were treated with intravesical instillation (meaning the HAMLET complex was inserted directly into the bladder through a catheter) every day for 5 days. The results of this study showed that 8 or 9 patients experienced a change in tumor morphology and for all the patients, an increase in shed tumor cells was seen. This is clearly a very small study, but the results are promising, though they are not at all related to breastmilk.  More recent papers consider BAMLET compounds (Bovine α-lactalbumin Made LEthal to Tumors) as an anti-cancer agent [4].  Even though more recent research is interested in BAMLET rather than HAMLET compounds, we don’t see people claiming our 2% milk from the grocery store can kill cancer, because it can’t, and neither can breastmilk.

So what does all this have to do with breastmilk? The real answer: NOTHING. Not one thing.

On its own human and bovine α-lactalbumin is not useful in the killing of any cells. It’s simply a milk protein that assists in lactose generation. That’s it. Unless this compound is purified and reacted with an acid, oleic acid, in particular, it is 100% useless in the face of cancer. There is the promise for the HAMLET compound in cancer treatment, but breastmilk will only be minimally involved if used at all. 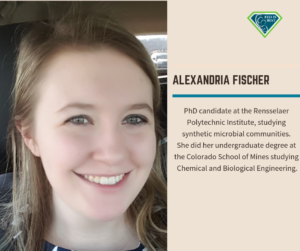 Alexandria Fischer is a Ph.D. candidate at the Rensselaer Polytechnic Institute, studying synthetic microbial communities. She obtained her undergraduate degree at the Colorado School of Mines studying Chemical and Biological Engineering. Alexandria came to know the Fed is Best Foundation when struggling to breastfeed her daughter. There she learned that many of the benefits of breastfeeding are vastly overstated and became a part of the advisory team. As a scientist, she is passionate about communicating science to the general public in an approachable and accurate way. She uses her scientific training to evaluate current infant feeding research for strengths and weaknesses, helping to dispel misinformation commonly circulated in the discourse surrounding breastfeeding.

An Evaluation Of The Real Benefits And Risks Of Exclusive Breastfeeding.

An Evaluation Of The Real Benefits And Risks Of Exclusive Breastfeeding.

One thought on “Is Breast Milk Stealing The Spotlight Of A Novel Anti-Tumor Compound?”