A Letter from Karlyne C. from Belgium

I would like to share my experience in hopes that it can be useful. My name is Karlyne, I am the mother of 3 children and live in Belgium.

My first daughter, Moïra, was born in 2018. I had not looked up any information about breastfeeding during my pregnancy, I thought that since it is a natural process, it would be easy and that there was nothing more to know than the fact that I should put the baby on breast when she showed signs of hunger. When she was born, that is what I did, I put her on my breast.

But she could not manage to latch on, she would systematically let go of the breast. I asked the midwives who worked in the maternity ward for help. They would crumple my nipples while firmly holding her head to try to shove them in her mouth despite her cries. Hours went by without her being able to feed, and I could tell she was getting weaker; all the while the midwives told me everything was normal. In response to my insistence, I was told to express colostrum in a small spoon and to give it to her if it could reassure me. I produced at most a few drops of colostrum, yet the midwives kept telling me that I had enormous quantities, and that a baby’s stomach is minuscule, that some five halves of those small spoons every 2 to 3 hours would be more than enough. Those few drops, Moïra refused because the spoon in her mouth made her nauseous, so she would not take it.  The midwives refused to bring me a clean spoon for me to try again, telling me that supplementing once was enough.

As days went by, Moïra stopped crying, Moïra stopped reacting, and she was completely inert. Her [glucose levels were] no longer even measured, although I had been diagnosed with gestational diabetes, which placed her at higher risk for hypoglycemia from the get-go. I kept desperately asking for a bottle to feed her, and it was systematically refused, with the reply: “You said that you would breastfeed, so you will breastfeed.” My loved ones who visited with me refused to bring me a bottle and formula, telling me that I should trust the medical professionals who knew best what I had to do.

I found a syringe without a needle lying around the maternity ward, and, desperate, I cleaned it with shower gel, as I did not have access to anything more sanitary.  I did not know what the syringe had previously contained, it could well have been contaminated, but I told myself that I did not have any other choice, that my daughter would die if I did nothing, so I filled the syringe with tap water and put the water in her mouth. This woke Moïra up, and she seemed very thirsty; she kept wanting (asking for) more and more water. Moïra had lost more than 10% of her weight, was jaundiced, was completely dehydrated, did not urinate, and had no bowel movements.

On her fourth day of life, she developed a high fever, at which point the midwives forbade me from touching her, aside from mild breastfeeding attempts, saying that I would increase her body temperature if I touched her. During the night, at my wit’s end, I threatened to sign a hospital discharge paper and leave the hospital if they continued to refuse to give me a bottle. After calling me a bad, mentally unstable mother (because I was crying due to my daughter’s distress), the pediatrician on call authorized Moïra to receive formula using a cup but refused to allow her to have a bottle, stating that this would create nipple confusion and prevent her from successfully nursing.  The midwife refused to let me feed the supplement myself, telling me that my daughter should not associate me to this “low quality milk”, and so she supplemented her herself. Moïra received one single supplementation, the midwives who worked the following shifts did not bring me more.

The following day, on her fifth day of life, I could see my daughter dying. I began to scream and to “shake” her, but she did not even open her eyes. Around 2 p.m., I said I was leaving the hospital, whether they agreed or not, and that I was heading home to give my daughter a bottle, because I would not leave her in that state any longer. The midwives and pediatrician prevented me from leaving by blocking the door until 9 p.m. The entire medical team came to see me tell me that if I left the hospital, my daughter would die, that her fever was likely due to an infection, not to dehydration as I was claiming, and that if I made the mistake of giving her a bottle, she would never take the breast again, because she would become lazy due to how easy bottle-feeding would be for her. I told them that my priority was to keep my daughter alive, and that if I had to give up on my wish to breastfeed her, I would. The pediatrician threatened to call social services and the police on me to tell them that I wanted to endanger my daughter’s well-being by leaving the hospital without her authorization.

After several hours of what seemed like talking to the deaf, they opened the door for me and I left with my daughter. Of course, nobody explained to me how to safely prepare a bottle, I did not, for instance, know that one should not keep leftover formula in the fridge, I did not know the quantities of milk she should be having, nor which brand to buy. The pharmacist sold me whatever she had in stock, I prepared a large bottle and gave her that same bottle the whole night, not knowing that there was a risk of bacterial proliferation with reconstituted milk.

Attached are pictures before and after the baby received formula. 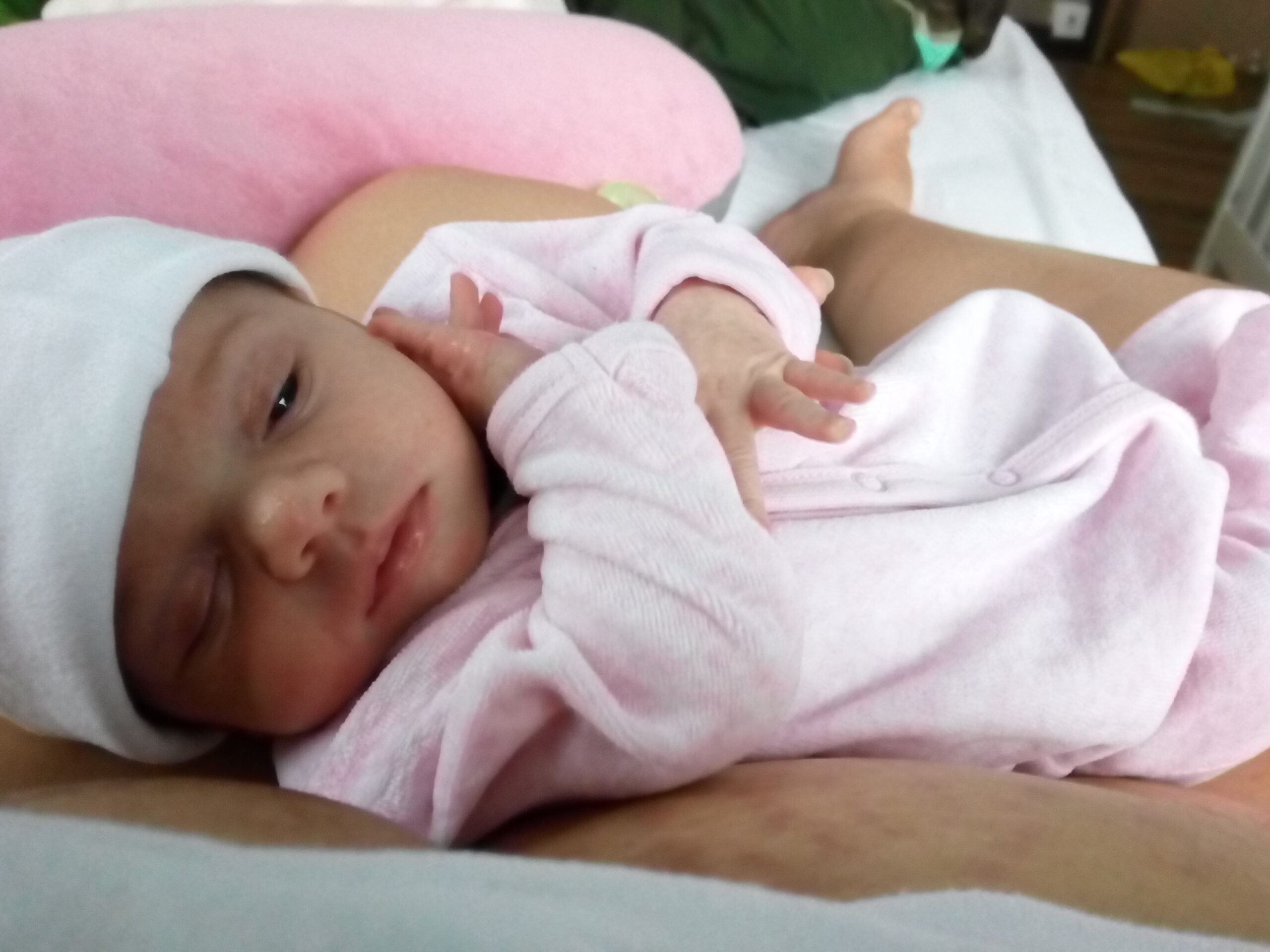 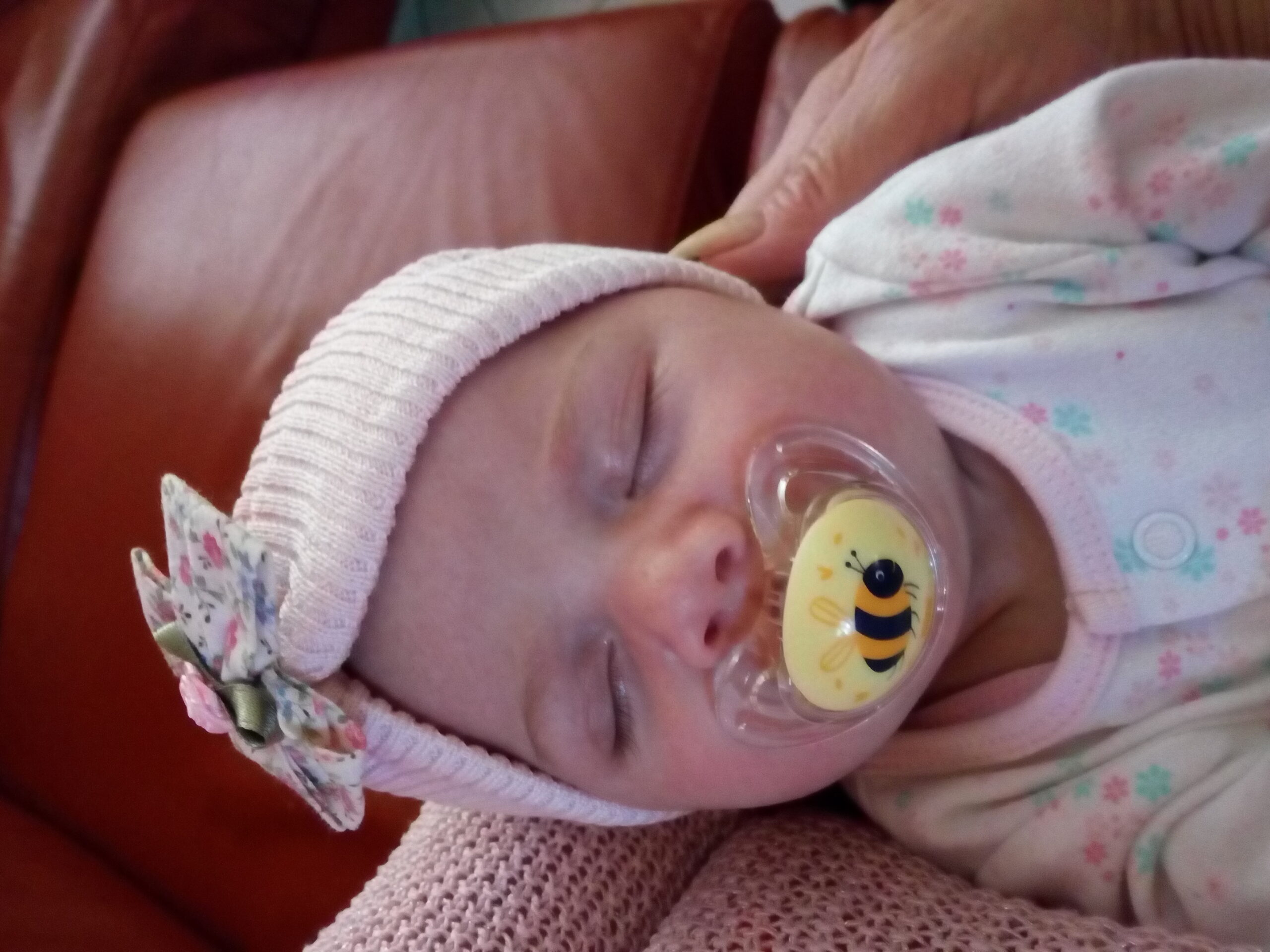 The following day, day 6, I returned to the hospital for a blood test, to check her jaundice, as requested by the pediatrician. Only then was I told what to do and not to do for safe formula feeding, not without insults regarding my parental incompetence. After the blood test, we went back home. That afternoon, Moïra became hypothermic and stopped breathing. I rushed to the emergency room of a different hospital than the one where I had given birth. The emergency physician told me that I was negligent and a horrible mother for leaving the previous hospital against the doctor’s order. Moïra was hospitalized. I was given a breast pump, I would put her on breast, then I would pump, give her the 5 ml that I was able to obtain from pumping, then I would give her a bottle of formula. Very soon, I became unable to extract a single drop with the pump.

In spite of this, I continued, for an entire month, to put Moïra on breast 8x per day before giving her the bottle, until I gave up faced with the fact that there was not a single gram of difference during weighted feeds. Medical professionals made me feel extremely guilty for ceasing breastfeeding. Moïra developed oral aversion, infant anorexia, as well as severe behavioral disorders including  ADHD, all of which doctors blamed me for, saying that it was all due to the stress I had inflicted on my baby while I was trying to breastfeed her. To this day, Moïra’s disorders affect our daily family life.

In 2020, I had my daughter Ada. She would fall asleep very quickly on breast, she would scream as soon as I would remove her from my breast, and I would breastfeed all day, to the point where I nearly dropped her several times. Again, I asked for her to receive formula supplementation, explaining that I could no longer take it physically or mentally, that I was worried for my daughter, and again, the hospital refused. There were urate crystals in her diaper. As days went by, Ada became unconscious. I lied to the hospital, telling them that it was all good, that I was finally able to breastfeed her correctly. They let me leave with Ada, without even checking her state, content that they could add me to their quotas of breastfeeding mothers. I went back home and gave her a bottle, and her state improved right away. I was safer home than at the hospital. It is not normal to have to lie in order to have access to food for my baby.

In 2021, my son Flynn was born. Again, the problems resurfaced. Nobody that I told my breastfeeding history to at the hospital could be bothered to tell me that my diabetes or my obesity could delay milk onset. Lactation consultants continued to tell me that babies have a stomach the size of a chickpea and that all women are able to breastfeed, and that all it took was just to place the baby on breast, in the proper position as frequently as possible. Nobody told me that there were nipple aids I could use to correct my inverted nipples, nor that the shape of my nipples could complicate breastfeeding. Nobody told me that my 3 children all suffered from ankyloglossia (tongue-tie). I only found all of this out when I met with a midwife who took the time to listen to me, analyze the situation and give me answers. She told me that I was allowed (had the right) to bottle-feed my son, because what mattered was his wellbeing and mine.

I lost count of all my suicidal thoughts due to all the comments I heard about how I was an unworthy mother. I felt like an impostor, I kept telling myself that my kids deserved a better mom than me. With such a hospital policy, all they have managed to accomplish is to leave me completely disgusted with breastfeeding.

Should I ever have a fourth child, I would be way too scared of experiencing the same situation, where I would feel imprisoned in the maternity ward, where my child’s life would be a function of their feeding decisions. And yet, I would so wish to be able to breastfeed, to get the support to make it happen, and for solutions to be implemented to address the issues my child may face, all while ensuring that my child is fed. I would like to tell other moms who, like myself, see their babies suffering: trust yourself.

If your gut is screaming that your child is hungry, listen to yourself.