My oldest daughter, Grace, was born when I was 28 years old. She was our long-awaited first child, the one who I had postponed having for many years so that I could get through a good chunk of my medical training before becoming a mom.  I felt like I was prepared as much as one could possibly be to take care of and breastfeed a newborn.  I had spent years babysitting my siblings and neighbors and had over two years of intense pediatric/neonatal training under my belt. I had read every single “What to Expect” type of book, joined multiple online breastfeeding forums to learn from experienced mothers beforehand, and took all of the prenatal classes at the hospital where I delivered. I knew that breastfeeding was going to be difficult and exhausting at times, and that it might take several weeks for my baby and me to get into a “groove” with it, but I was ready to dive in headfirst.

“In my work as a neonatologist I have taken care of countless babies around the U.S. who have had to be admitted to the neonatal intensive care unit (NICU) for breastfeeding failures. The most common breastfeeding problems I encounter requiring hospital admissions are dehydration, hypernatremia (high sodium levels), hypoglycemia (low glucose levels), and jaundice (patients often have some combination of these 4 diagnoses).”

Grace was born at 38 weeks and my delivery with her was went very smoothly. She was perfect and beautiful and I fell in love with her at first sight. The only problems we encountered in Grace’s first first few days of life is that she would not latch onto my breasts to eat and she lost weight rather quickly. I had in-hospital lactation consultants and nurses help me feed her. I was reassured numerous times that breastfeeding would “click” once Grace and I went home and that I needed to keep trying.  I was sent home with a couple nipple shields, a Medela breast pump and a lactation-dictated feeding plan that went like this:

We went to our first pediatrician visit two days after we were discharged from the hospital and learned that Grace was jaundiced and she had lost too much weight. Her bilirubin levels were not high enough to require phototherapy, but we were told to start to supplement her with formula via bottle ASAP, so we did. I continued to try to feed her and would then pump afterward while my husband gave her bottles of formula to supplement (he was on paternity leave for about a week). Within days Grace started to forcefully vomit after every feed. My intuition told me that she was reacting to something in her formula, so I tried even harder to pump to make enough milk to supplement her with via power-pumping and fenugreek and goat’s rue. Her jaundice improved but she was still not back to birth weight at her two-week visit with the pediatrician. I had an in-home lactation consultation at this time. The consultant, who I met for the first time during this visit, was horrified that I had been sent home with a nipple shield. She instructed me to use a supplemental nursing system (SNS) every time I fed Grace. So my new feeding plan went like this:

Around the 3 to 4-week mark postpartum mark I felt like a zombie. Grace was still not able to latch onto my breast unless I used a nipple shield (I had abandoned the SNS because I couldn’t bear to watch all of my expressed milk be wasted) and she had started to vomit after soy milk feedings. She was formally diagnosed with a milk protein allergy and placed on Alimentum as her supplemental formula. I removed all dairy from my diet so that Grace could get my dairy-free breast milk and continued to try as hard as I could to pump enough milk to feed her.

I talked to my husband’s aunt, who was a lactation consultant, by phone when Grace was one month old. After she learned how tired I was and how poorly Grace had grown she advised me to stop putting her to my breasts at all and to exclusively pump and feed her by bottle only. So I began to exclusively pump. She finally regained her birth weight when she was one month old. 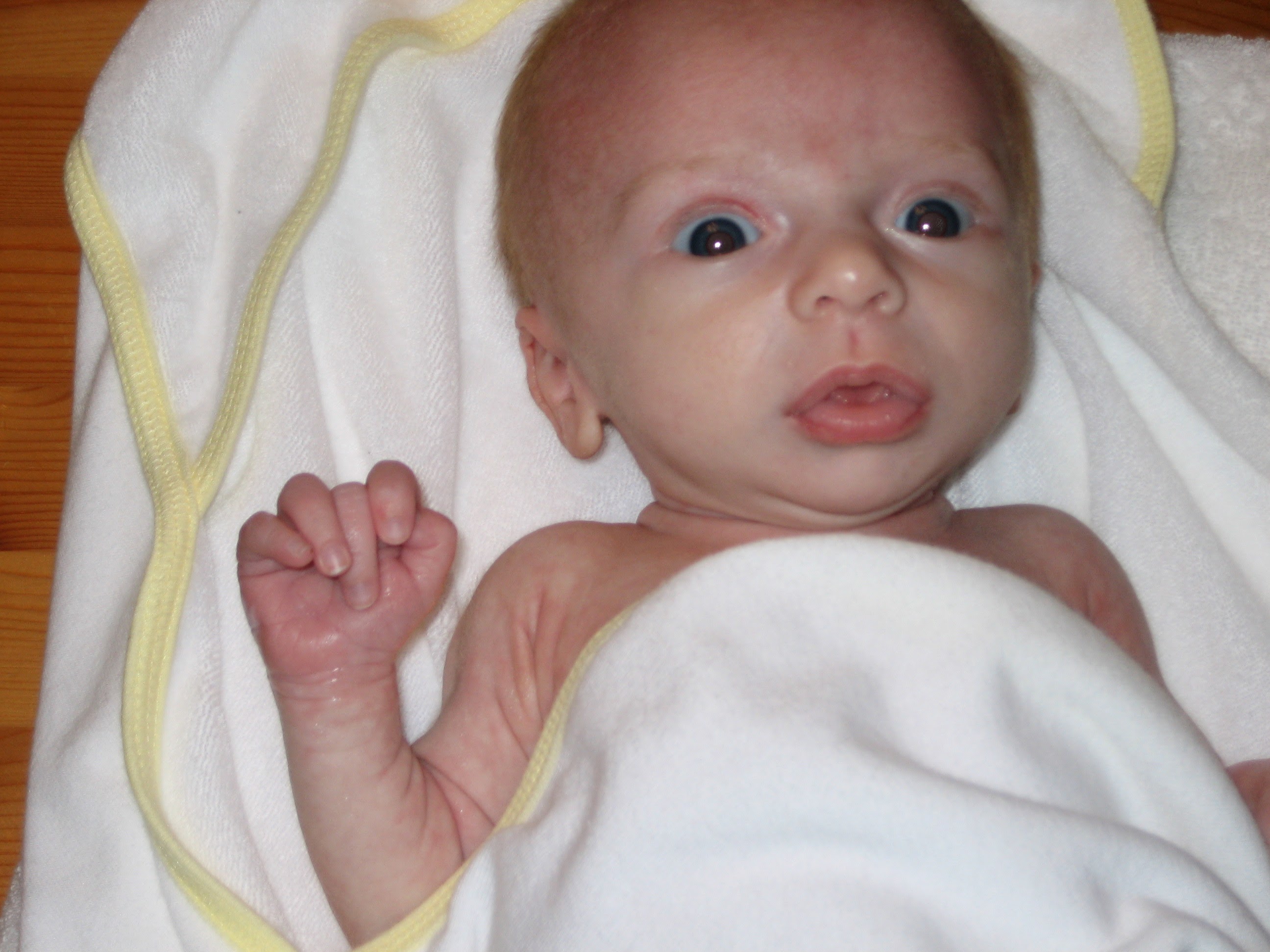 At the 4 to 6-week mark her feeding regimen went like this:

At around 8 weeks of life all of Grace’s milk protein symptoms returned. Her supplemental formula was changed from Alimentum to Neocate, an amino acid based formula.

I blamed myself for making Grace sick by somehow “slipping up” and accidentally ingesting dairy and I felt like a huge failure. A dark cloud descended on me and I slipped into postpartum depression (PPD). It was severe enough that I got to the point that I convinced myself that Grace and my husband would be better off if I died and he remarried a woman who could be a better mom than I was. It was not until I was rocking her to sleep one night and had an impulse to jump out of my bedroom window that I realized I needed help. I saw a psychiatrist and was immediately started on an SSRI. I stopped all breastfeeding/breast pumping at this point and Grace was 100% formula fed with Neocate.

Within two weeks of no longer receiving breast milk Grace was a new baby. She began to gain weight, her reflux symptoms disappeared, and she started to really thrive.

I shudder when I look back at photos of how malnourished my daughter was when she was a newborn.

I shudder when I look back at all of the torture I put myself through to try to breastfeed my child.

I shudder when I think about how many people I encountered later on during Grace’s first year of life who judged me because I was no longer breastfeeding her. 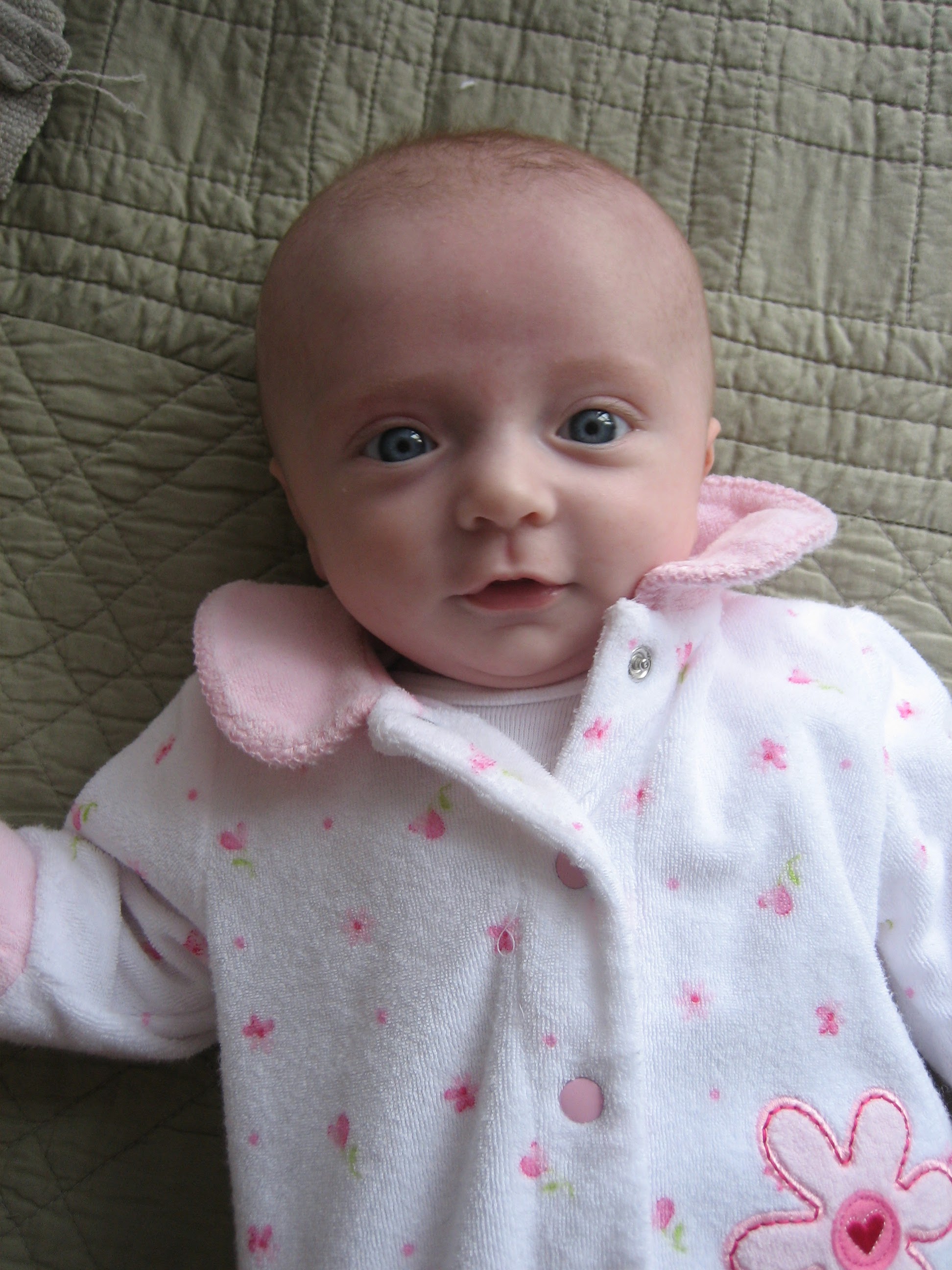 I did not put any pressure on myself to breastfeed my younger children because I was very concerned that PPD would return. Ironically, I was able to breastfeed all three of Grace’s siblings longer than Grace and made it to the 8-month mark for my two youngest. They all received bottles of formula, but they grew and thrived, gained appropriate weight and my depression never recurred.

In my work as a neonatologist I have taken care of countless babies around the U.S. who have had to be admitted to the neonatal intensive care unit (NICU) for breastfeeding failures. The most common breastfeeding problems I encounter requiring hospital admissions are dehydration, hypernatremia (high sodium levels), hypoglycemia (low glucose levels), and jaundice (patients often have some combination of these 4 diagnoses).  I have taken care of infants who are > 15% below birth weight in the first week of life, infants who have developed seizures from their blood sugars being too low and others from their sodium levels being too high, and newborns with skull fractures after being dropped on the floor by tired breastfeeding mothers. I’ve had mothers who are sick enough to be in the adult ICU after delivery who are still trying to pump because they fear giving their children formula. I’ve had more mothers than I can count who have been terrified to have to supplement their infants with formula because they believe that formula is dangerous.

I see myself in these NICU mothers’ eyes and, in most cases, I’m able to hug them and reassure them that their babies will be okay.  But when serious complications arise, like seizures, I can’t always give them the reassurance that they so desperately need…

I wholeheartedly agree that “Fed is Best” and that we need to look out for the well-being of both newborns AND their mothers.  There have been numerous recent studies showing that rates of maternal post-partum depression and anxiety are skyrocketing. I do believe that the extreme sleep-deprivation that some new moms experience (i.e. ones who are trying to breastfeed AND pump AND feed expressed breast milk around the clock, like I did) is a contributing factor to both depression and anxiety. We need to de-stigmatize mothers who give their babies formula both for medical and personal reasons. I don’t want to continue to have to separate moms from their newborn babies for NICU admissions for preventable problems related to breastfeeding.  And I definitely don’t want to ever again meet a new mother who has gotten to the point of wanting to jump out of a window, like I almost did twelve years ago.

Breast milk insufficiency and breastfeeding complications are in fact common, biologically-determined and can have severe and permanent consequences to a newborn. The Fed is Best Foundation believes that no child should go hungry and that every mother should be supported in making sure her child is safely and adequately fed with either breast milk, formula or both. We believe that this is only possible through honest infant feeding education and up-to-date, evidence-based infant feeding guidelines that respects the mother’s autonomy and prioritizes her child’s safety, NOT exclusive breastfeeding rates. We will continue to advocate for mothers and babies until not a single baby is harmed by accidental starvation.

7 thoughts on “I See Myself in Other Mother’s Eyes: A Neonatologist’s Fed is Best Story”