The breastfeeding debate. It’s something I feel very strongly about, and for obvious reasons it has been preying on my mind an awful lot recently. So I really feel the need to say my piece.

During my pregnancy I started following a lot of the ‘mum’ pages on Facebook. I was mortified by the amount of stories I would see on a daily basis about mums who had been abused for breastfeeding in public places. Although it disgusted me, it also made me feel nervous in case a similar thing happened to me – I consider myself to be a fairly strong person but I’m not sure I could have handled the ‘breastfeed bashers’ in my post-birth hormonal state. So I bought a hooter hider (fabulous name!) to avoid such an event, and even googled breast-feeding friendly places for my days out in town.As it happened, breastfeeding didn’t really work out for us. Two days after she was born our daughter was taken into special care with severe jaundice and received three days of double phototherapy treatment. I think when most people think of jaundice they just think it’s when they go a bit yellow. True, but it is caused by high bilirubin levels in the blood, which if it gets too high can accumulate in the brain and cause brain damage. If the phototherapy didn’t work the next level of treatment would have been a blood transfusion for my newborn little cherub. 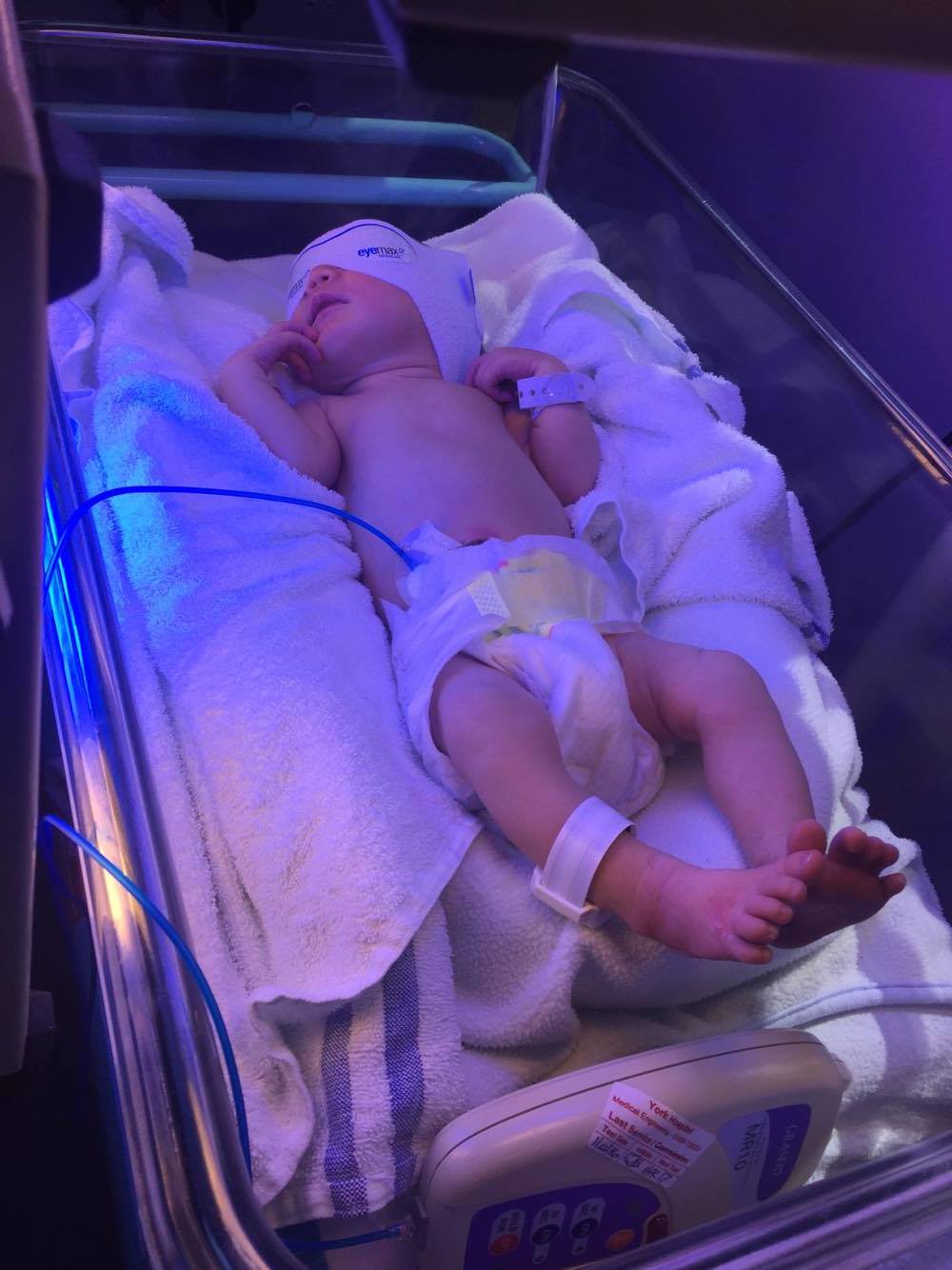 Besides the phototherapy, the main thing she needed to get her bilirubin level down was to intake as much fluid as possible so that she could pass it in her nappy. At this point my milk hadn’t come in so when the nurses suggested we give her formula top us [supplementation] I was all for it – anything to make sure she was getting everything she needed, to make sure she was ok.

After a few days the bilirubin was at a normal level and we were finally allowed home. I continued breastfeeding with formula top ups to make sure she was still getting enough fluid as I could tell I still hadn’t properly gotten my milk. At some feeds she was spending 40 minutes on each boob then still crying hungry and then having 3oz of formula. If I tried her just with formula without breast first she would have the same amount, so I knew she could be getting nowhere near what she needed from me. Even still I was desperate to breastfeed, and persisted with the process. After 18 days I finally gave up on the hope that I was going to produce proper milk and made the very difficult decision to just feed her formula. I knew I had some breast milk as I managed to express a little, but it was just never enough despite always breastfeeding before topping up with the formula, and all I wanted was for her to be happy and healthy. It is a myth that all women can breastfeed. Sadly it just doesn’t work out for some people.

It will always be a disappointment to me.

It truly amazes me how people, whether they have children of their own or not, feel like they are entitled to an opinion on how a mother feeds her baby. Breastfeeding mothers are shamed in public, while bottle feeding mothers are made to feel inferior for not doing what is best for the baby – lets just face facts, clearly we cannot win!

A few weeks ago I was giving my baby a bottle in the park when a complete stranger thought it was acceptable to approach us and ask why I wasn’t breastfeeding her! She quickly tried to tell me she didn’t mean any offense, but I think she could sense my irritation and soon went on her way. Why on earth she thought she was entitled to an explanation I’ll never know!

It also makes me laugh when people say ‘are you feeding her yourself?’ Well yes of course I am, I’m not just roping in every Tom, Dick and Harry off the street to do it for me! But if you mean am I breastfeeding, just say that. It’s not a dirty word! If for some reason you ever want to ask a new mother if she is breastfeeding or not I suggest you intend to follow the answer up with something supportive and empowering, whatever it may be. Otherwise just don’t bother – we don’t need your negativity or your judgmental silence. Just remember – you have no idea what that mother’s reasons are for making the decisions she has made.

It’s the same when it comes to dummies [pacifiers]. Before our daughter was born I was adamant she wasn’t going to have one, but once she was here it all changed. Having a dummy before sleep makes her happy so why would I deny her that – it’s what she deserves! These days dummies are orthodontically developed to make sure they don’t affect the development of their teeth so what’s the harm? An older woman we know told us the other day how she wouldn’t let her baby have a dummy. Well I didn’t intend to, but I bet she didn’t intend on any of the  unexpected changes or problems in her life, either.

The point is all any new mum wants is for their baby to be happy and healthy, whatever it takes. If your are not going to be kind, just do us a favor and mind your own business. There are enough problems in the world! 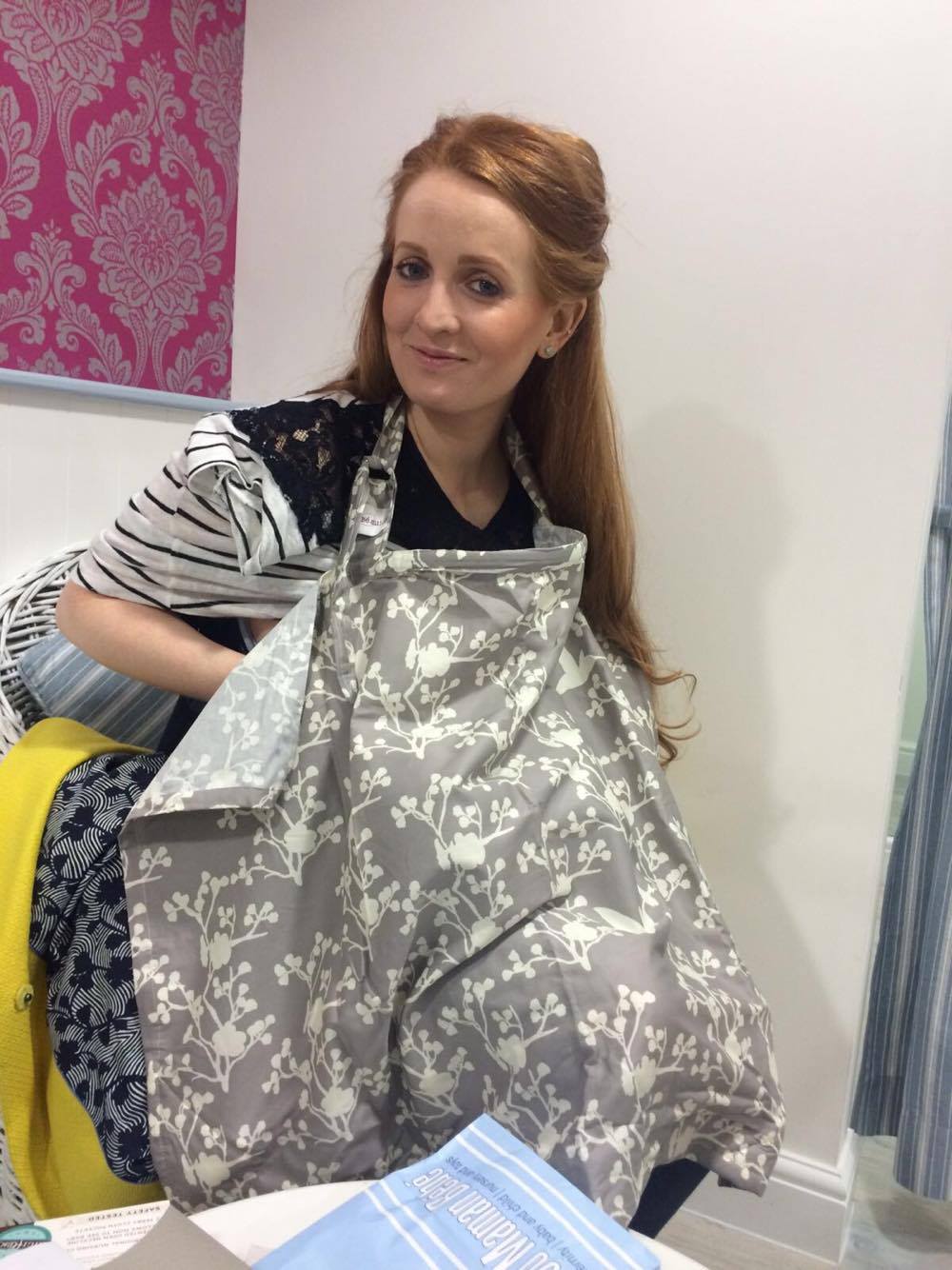 Laura Lee Palmer is from York, U.K. where she lives with her partner David and their daughter who was born in April, and looks forward to growing her little family! She shares her story because what she went through was completely avoidable – her daughter lost 12.7% of her body weight by 3 days old, and although her weight had started to improve after 6 days, she didn’t put on sufficient weight until her family went to exclusive formula feeding.  Her family feels lucky that her nurses were supportive as they know others haven’t been as lucky –  and she believes that all mothers should have the confidence to do what is right for their baby, whatever that may be.